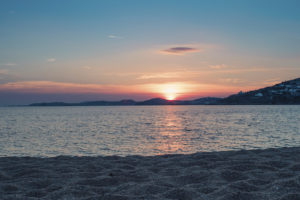 Memphis Summer is here… sweltering temps, humidity that makes the air thick enough to slice with a knife and bugs the size of small birds. I am NOT a heat person. I would much rather be on a ski slope or a breezy chill night in a hoodie, thats what i’m all about, 95 degress with 110% humidity, I am not. I would, however, like to be on a beach, at sunset in a place where the temps are low 70’s – upper 60’s when the sun goes down. That I could learn to love. With the summer comes pools, bikinis, and lots of drinking. So it’s not all too bad. BBQfest and Movement started the heat off in the right direction. I’m still semi-high from Detroit (*although that wont last for too long) and started up ExilE again. First show was good and the Memphis gang from Detroit showed up, all of us still beaming from a great time which made it even better. Will I make it next year… that remains to be seen. As Shelley says, a family vacation to Europe is going to take the stage before that happens, i’m pretty sure. There might be a Scandinavian adventure in my future… possibly?

I’m heading off to Chicago this weekend to take Shelley and Noah to LegoLand plus see the Aquarium and the Sciene and Technology Museum – they have a Pixar exhibit that I think Shelley is going to love. Then it’s off to take Noah to his grandparents for his annual summer bday party and vacation stay. When I return it will be time for Exile #2 with Andy Redrum as our guest and it should be a good show! Then on the 28th – Justin’s VERSUS Brian’s – showdown between house and techno veterans – this will be a Growlers on Poplar – first time playing at this location since it was the hitone. We are combining sound systems for this one so it’s going to be loud and crazy!!!! Hope to see all the heads and alot of new folks mingling at this one. Then… EXILE returns on August 4th with special guest WILL AZADA – my cohost from the first iteration of Exile returns for a special set that i’m sure will be a treat. Fun stuff planned for the next couple of weeks which def makes this years summer heat somewhat bearable. See you guys soon!