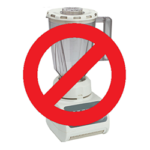 Well, as it goes sometimes, the money is the major factor and it seems that the new location wasn’t as BLNDR as BLENDER, if you catch my drift. I think there were a few factors that might have prohibited a quick spark of interest such as the need to refrain from mass promotion as well as trying to keep low key for various reasons. I think the main issue though was not enough of a draw to generate enough money to justify the dj. Boooooo. Especially when you play basically for chump change in terms of what they get. I will give props to my buddy David for giving it a fair try and having enough vision to see when something good needs a place to grow. It’s with great regret I have to say BLNDR/BLENDER is over until further notice… if there is such notice.

Chill atmosphere and swank vibes (? did I just say vibes?) is what this town needs, more than it knows. Over saturation of dirty south hip-hop, and edm/top 40 has just about killed my creativity and eaten away at my soul. No shame in those who fair well in this environment and love to play it but a techno brutha needs room to breathe and needs folks who are in to a little more sophistication than your average jukebox/Pandora background music when it comes to such atmospheres and events like BLNDR. I will say though, I haven’t had a Thursday night off in forever and this morning was nice not waking up with a hangover. Who knows… I said I would never do another weekly, then 3 and half years of Blender happened, maybe it’s for real this time.