TECHNO… all the cool kids are doing it.

Going from a new weekly to adding on a new monthly, it seems. We put on the first EXILE at Canvas and it went rather well. Lots of new faces along with a nice turn out. We have decided to tack on another show for the DEC 3rd (first Saturday of the month). Still working out the details but hopefully ALEX FALK from Knoxville (same guys to bring me to Birdhouse) will be able to guest spot. The space is small so the sound works nicely and there is a small but adequate space to dance along with plenty of bar space, lounging *couch included as well as a patio for smoking and social shenanigans. 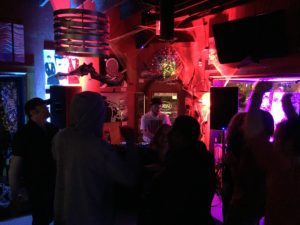 Will doing his thing at EXILE (Nov5th)

The spot hosts plenty of artwork from local aspiring as well as accomplished artist from the mid-south area. Pretty swank little place. The first edition on the 5th was Will and I’s first official joint venture. We worked well together anyways but this worked out nicely because we switched off each hour then got to tag towards the end, also allowed enough space to give Kuntzman some deck time. The DDJ-RR worked out ok and the setup was slightly awkward due to the folks walking on behind us and having an “oh wait…” moment. All in all, i think with some tweaking on setup, it could be a slide in and bang it out type gig which are hard to come by. Here is a small pic of sometime at the event. (*note to self: take more pics). They do have screen that I think are hooked to a video system so maybe we can work a dvd screener of the event and maybe some cool graphics to rotate during the show…who knows?!?!?  The best part of all this is that Canvas is in midtown (practically across from where the Full Moon used to be) Right where we like it.

Brian Hamilton and company do the third Sat (Soul in the City) there with plenty of house to please so we alternate as the techno group two weeks out. Hopefully you’ll check us out on the 3rd – If you came by and love the music, let us know in the comments and feel free to check out the event page on facebook and by all means, share.

BLNDR is the new BLeNDeR 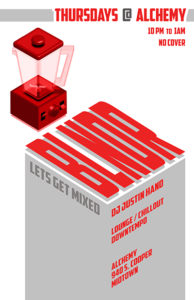 BLNDR (formerly Blender) is now at its new location – ALCHEMY.

Our first Thursday date will be November 3rd. I will say this is going to be a slight shift to the way we did Mollie’s. Alchemy has a bit more flair and it’s in the Cooper/Young area. That means a lot more foot traffic and more clientele so this could be the start of something great I hope. The fam at Mollies will be missed however. Doug, Austin, Frenchie and Guido… I’ve been working with these peeps for so long its tough parting ways, sort of. Well, as they say, when one door closes, another opens. If you are reading this then come down to Alchemy on Thursdays and get mixed!

It’s hard out there for a techno pimp especially in Memphis. There are the tried and true tech fans but mostly blues, folk and dirty south rap rule these lands. Memphis is a magical place full of history and culture just not for techno. They say techno is not understood by most and even less pursue it yet its pseudo-forms can be heard here late night at a dark warehouse or impromptu house party when djs of different paths dip into at the outer reaches of it’s sound. That’s all great and fine… exposure is key and such… Yet, its the heart of techno that is rarely heard, experienced or even acknowledged. For me… it takes a trip to Hart Plaza in May, a flight to Belgium or the seldom party playing fellow techno brethren to really get that feeling. By many, it is often not recognized for what it is nor given it’s due. It’s a feeling, its a sound but more than that, its fuel for a flame that burns deep inside. If you get lucky enough to feel the fever, it can change your life.

Being a dj who plays techno in a city that is fickle at best, only embracing techno for the occasional cheap late night thrill then tossing it to the side like old tattered rags, can make for a lonely trip down my personal music lane. It can wear down the soul.But as most true techno djs do, we press on. I raise my glass to all those techno guys out there – fighting the good fight. It’s in our nature and the music we play, the fusion of technology and soul, its what carries us through and keeps us doing what we do, playing what we play. So, it’s this point that brings me to the current post. Here is my latest mix. A journey into the mind, heart and soul of a techno dj as I take you down the road less traveled.

Time to take this techno on the road again and this time join up with my homies in Knoxville for Teknox29. Alex Falk and teknox crew are putting myself, Michalski (Grey People) and the one and only Oliver Dodd (performing LIVE) on at the Birdhouse. Last time I was in Knoxville, I ended up tag setting with Will Azada and a gang at Headroom in to the wee hours of the morning.(*that bass though O_O)

I’m not sure if these guys are ready for another  visit from the Fist but since I’m playing with PROs, I’ll be sure to bring my Techno A-game. Prepare yourselves Knoxvillle. 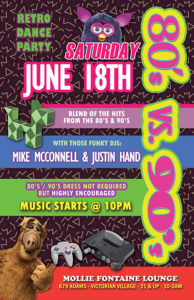 It’s been a while since i’ve posted. Since half the year is about over so why not drop a line to let you all know about an upcoming 80’s vs. 90’s event Mike and I will be doing on Saturday June 18th. It’s at Mollie Fontaine Lounge, our usual spot for this event. Retro new wave and pop from the most decadent time I can think of… seriously. We will also be in the RED ROOM for maximized floor space and dancing room – also important to note: Mollie’s is now a smoke -free establishment for those who prefer not to smell like moldy street trash at the end of the night. We will make sure to bring the heat this time around (*as we always do 😛 ) so be sure to arrive early get your space squared away and prepare to dance. It’s going to be totally gnarly – like for sure.

It took me a second to realize what Oscar Isaac said in an interview regarding “Ex Machina” but once I caught it, it made sense. The disco scene in this movie was extremely funky and very awkward to watch at the same time. It came out of no where in this movie and since the character hadn’t been around people for quite sometime, what else would you do but, dance. Great movie… we need more like them however, the song in this disco scene is a favorite of mine and I think I’m going to play it on Saturday for OUR HOUSE at Mollie Fontaine’s. Here is the clip from the movie. I’ll probably do the “secret sun rmx” this weekend.  Groovy. 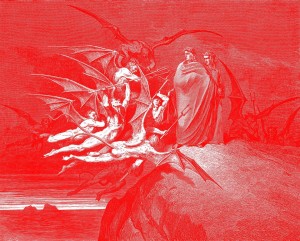 …SNUFFleupagus does not exist. 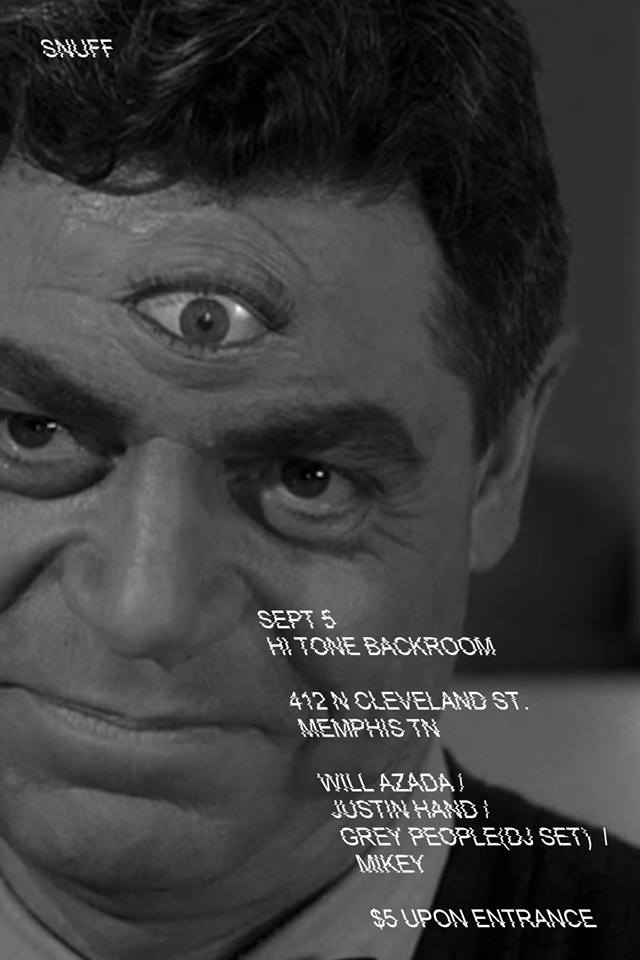 And now for something completely different…. 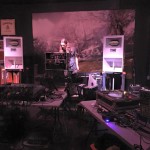 If you didn’t make it out to the SNUFF show then…you suck. It’s was a night of techno fueled fun. The live acts were great, the Funktion1 sounded amazing and the djs weren’t too shabby either. I have to say the back room at the hi-tone is a nice little out-of-the-way spot. If you didn’t know it was there you’d probably miss it altogether when you walk in… that being said, it’s perfect for some (hint,hint) more techno shows to come. Thanks to Mikey for putting it on, Adam for bringing the big boy sound and Will for asking me to join him. Techner’ accomplished.